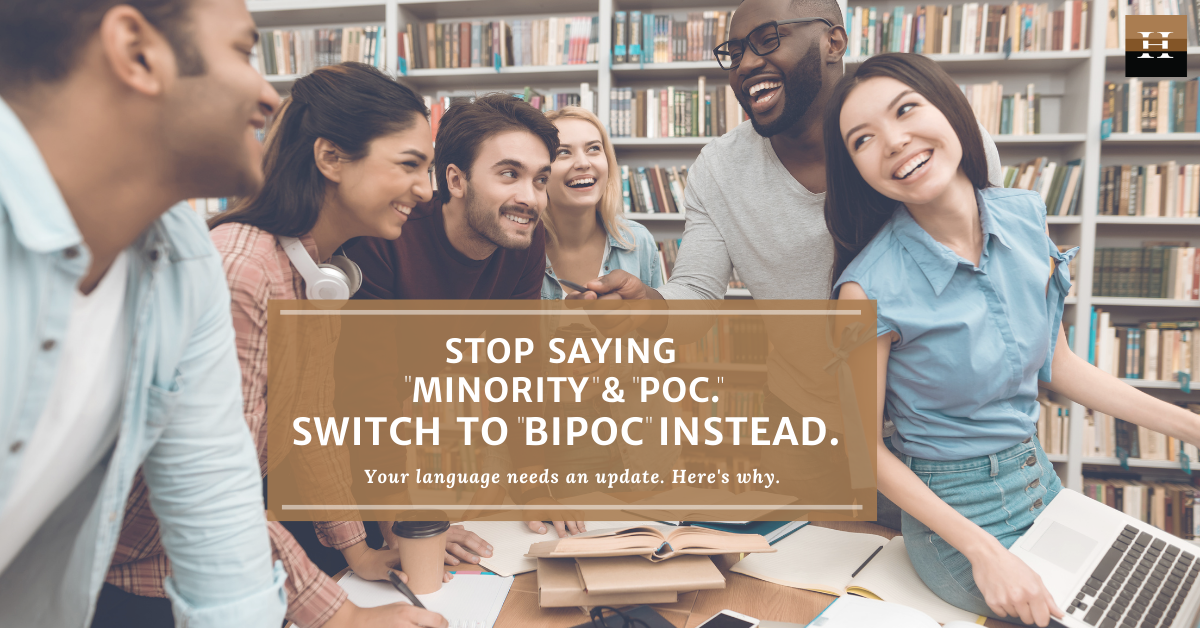 What does BIPOC stand for?

BIPOC is a relatively new term that stands for “Black, Indigenous, and People of Color.” It’s a replacement for the antiquated term “minorities” and a more specific form of the acronym “POC." The word empowers racial and ethnic groups rather than marginalize them.

Here’s a breakdown of each of those categories:

“Black” generally means a person who is of African or Caribbean descent. While many people have become accustomed to saying “African-American” to be polite, this is not always appropriate. There are people of African descent who are not American. Many people also don’t trace their Blackness directly back to Africa.

Unless you are certain the person you are speaking to is African-American, it is a good rule of thumb to default to Black.

“Indigenous” is a broad term encompassing all those who trace their lineage to the original residents of a continent.

Please be aware that these are broad terms. Use tribe names when referring to a small group or individuals.

“People of Color” is a broad descriptor that includes all ethnic groups that are not included under the umbrella of “white.” This includes people from:

All these groups have their own sets of challenges, stereotypes, and systemic racism.

How do you pronounce BIPOC?

Why should you use BIPOC instead of minority?

Mental Health America has a great explanation for updating your language:

“The continued use of “minority or marginalized” sets up BIPOC communities in terms of their quantity instead of their quality and removes their personhood … By including “BI” Black and Indigenous in addition to “POC” people of color, we are honoring the unique experiences of Black and Indigenous individuals and their communities, as well as the spectrum of existence and experience by POC.”

The use of the terms majority and minority in relation to ethnicity and race also help reinforce our unconscious biases. When we use these terms, we allow our brains to rehearse that some people are major and other groups are minor.

Shifting to the term BIPOC when addressing all racial and ethnic minorities is an easy way to fight racial injustice and reshape how we categorize social issues.

Why use BIPOC instead of POC?

On top of that, POC has become a more politically correct way to say "Black" in many spaces, effectively erasing the experiences of Asian and Pacific Islanders as well as other people of color.

When you say BIPOC you are specifcally acknowledging the significance of all these communities.

When you should and shouldn't use BIPOC.

If there is a more specific term that can be used, use it instead. Don’t hide behind the acronym when trying to address sensitive topics. It can come across as an erasure of individualized experiences and cultural identity.

Here are some situations to showcase the difference.